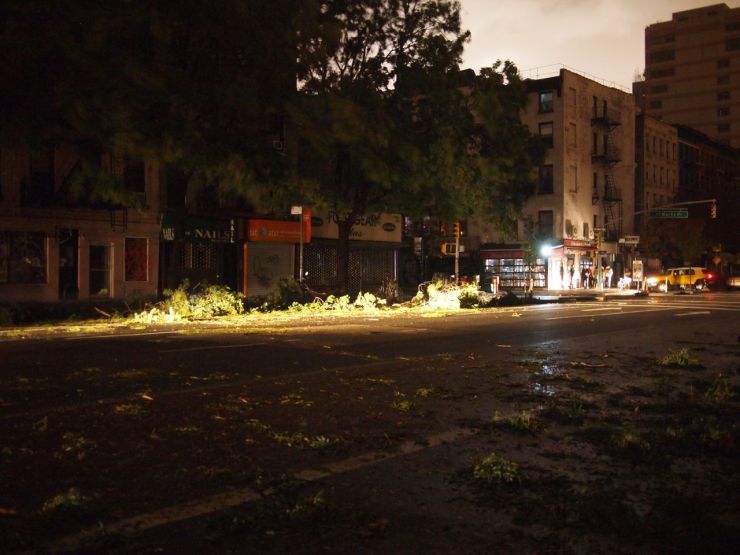 Last week, after hurricane Sandy, I had no power, heat, lights, internet, hot water, cell service or client meetings.  Life and work were on hold. The temperature in my studio was a crisp 53 degrees, which was not conducive to working, so I spent most of the days walking around Manhattan. One thing I noticed was that while paper and screens were used for communication, paper emerged as a necessity for commerce. 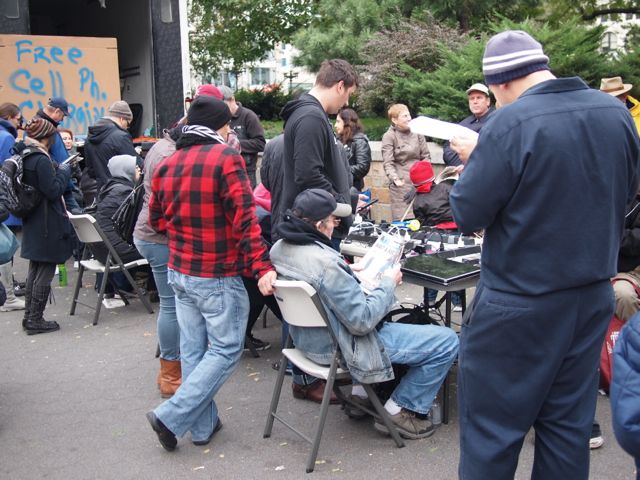 Myself, and most residents living in lower Manhattan needed to walk to 27th St., where power and cell service began. The grocery stores that remained open in lower Manhattan had plenty of food and water: what people needed was juice for their phones and cash. Mass charging on daisy chained power strips took place in coffee houses, outside of stores, at portable generators in parks, and even at pedal powered dynamos on Avenue C. This atmosphere of cooperation extended into the street where cars—without traffic lights—negotiated the intersections without incident in my observation.

But paper still had its place. At Fishs Eddy, many wrote cheeky post it notes to Sandy, a kind of postmodern post card. Also, paper money was once again a necessity. Credit cards were useless without electricity or cell service.  But Banks and ATM’s were closed. Do many Manhattan residents stash cash under the mattress? Merchants tallied bills with a pencil and paper or visual inspection. Tax was largely ignored, possibly rationalized because there were no services, or likely too difficult to record.

Could this be a glimpse at a potential post-apoclyptic culture?  What if all cell phone service had disappeared? How many of us still have battery powered radios? Among other things, Sandy highlights the overlapping and non-linear nature of technological change as well as the durability of paper, a technology which is at least 2,000 years old.

I didn’t see anyone using books, though….

Contact me or the AIC-CERT disaster response team, or The New York Alliance for Response if you have wet or water damaged books.

Things are back to normal for me, but there are still ongoing needs for others. Many, especially in New Jersey, are still without power, heat, and need gas, food, etc. Donate to your favorite charities if possible, or these local ones.

David Nye has a great and very readable social history of blackouts titled “When the Lights Went Out”. There is a section on the 2003 east coast blackouts.