This has to be one of the weirdest ploughs ever invented.  It was made by Dryad, who called it a ‘junior plough’.  All ploughs are essentially a jigged knife blade held at 90 degrees to the clamped textblock, and trim the page edges. Dryad is known for making amateur bookbinding equipment; some of it works pretty well– I love my my 12 inch finishing press– and some of it, like this plough,may or may not work.  I would think just holding a round, swiss style knife flat on the press might work better.

The overall shape and staining of the wood reminds me of a 50’s shoe brush, or a telephone receiver. But when picking it up, your thumbs naturally fit into the grooves and it seems obvious how to use it. The condition of the label, and the fact that the blade still has the factory grind on it suggest this plough was never used.  If it was used, I doubt the ploughing was successful. Any information about J. M Nevins would be much appreciated. 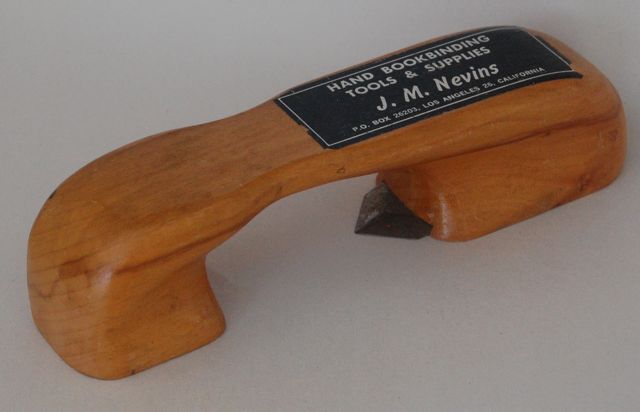 According to the Dryad catalog from 1950, the junior plough is supposed to be used with this press.  The little foot on the press would help keep the press from sliding around when cutting. The image at the bottom right, shows the bottom of the plough. The blade can be screwed into the base, and advanced a couple of notches in the unlikely event you used this plough a lot, and wore the blade down by resharpening. 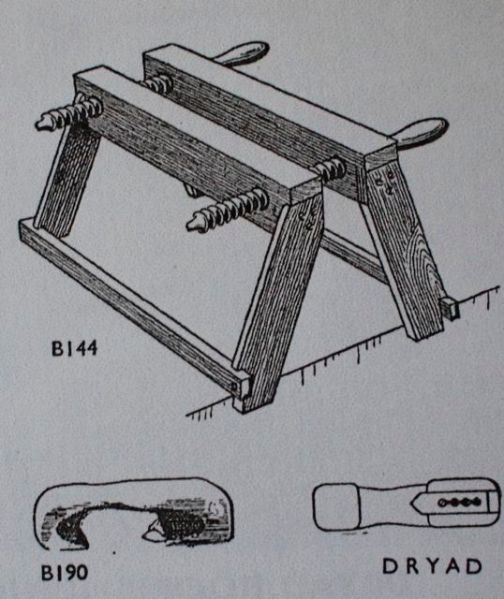 Tim Moore makes a modern interpretation of this press, sans bench hook, which he calls a ‘repair press’. 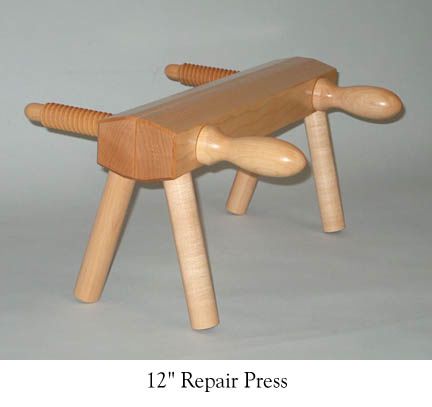 Dryad also made a more typical looking plough that is cheaply made and very difficult to tune and use– if you have one, be prepared to spend some time regrinding the bevel on the blade, a couple I’ve seen have about a 40 degree angle.  Their normal plough sold for pounds 1  9  6 (pounds sterling),  a 15″ lying press for  2  19  6.

They also invented the “plouplane”, which was “Specifically designed to meet children’s requirements”.  It sold for 2  16  6, and the Louet vertical plough plane is a modern interpretation of it.  The one I’ve seen worked pretty well, and it was convenient to clamp on a workbench when needed.

Hats off to Mindy Dubansky for donating this to my bookbinding tools and equipment collection. Donations are encouraged and gratefully received!

11 Replies to “A Weird Plough”